A world record breaker, extreme sports athlete, CF advocate, motivational speaker and fundraiser, Josh Llewellyn-Jones was born with CF (cystic fibrosis). Despite being busy with all of these projects and achievements, Josh doesn’t lose sight of being a role model to fellow CF warriors worldwide. His journey so far is remarkable and inspiring. Raising a staggering £700,000, Josh’s efforts won him ITV’s Pride of Britain Fundraiser of the Year award in 2018 and, earlier this month, he was awarded the prestigious OBE for fundraising. 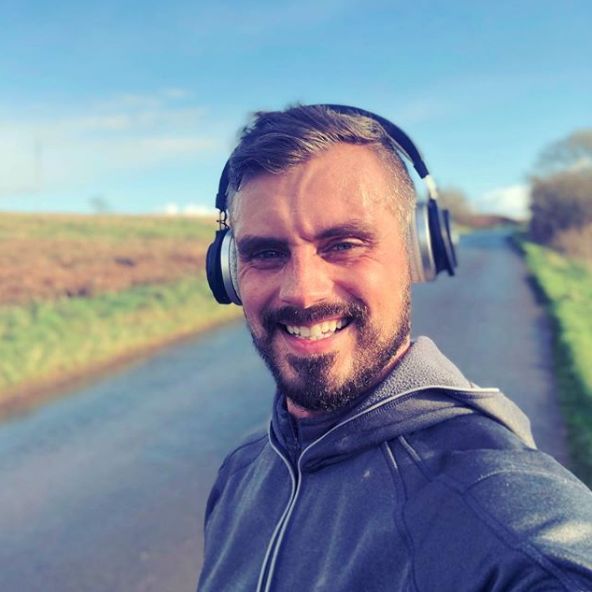 Josh Llewellyn-Jones from the Vale of Glamorgan in Wales, has joined the Results in Wellness team as a brand ambassador. Josh is definitely not your average guy! Born in 1987 with CF, Josh was only given a 10% chance of making it through the first night of his life. However, Josh not only proved the statistics wrong, he has also made and continues to make a big difference to the lives of others affected by CF.

CF is a progressive, genetic condition affecting more than 10,400 people in the UK and 100,000 people worldwide. CF causes damage and complications by a continuous build-up of thick sticky mucus in the lungs, the digestive system and other organs. When Josh was 21 he needed a lifesaving operation and he was told like other CF suffers,  he was unlikely to reach the age of 30. However, now aged 31, Josh continues to beat the odds and be a role model for other CF sufferers.

At the age of 2, Josh's parents were told by the late American specialist Dr Bob Kramer, only exercise would increase his quality of life and life expectancy. Josh has since thrown himself into an impressive exercise regime with the encouragement and support of his close-knit and athletic family. He has not only improved his own quality of life, he has also helped change the lives of other CF sufferers by setting up CF Warriors - a global community of children living with CF who are encouraged by Josh to adopt physical exercises just like he has. Against all odds Josh has competed in extreme fitness challenges with the goal of raising money and awareness for CF. Josh, a man in high demand, dedicates his time training, being a motivational speaker and FaceTiming his CF warriors from all over the world, managed to find time in his busy schedule to talk to us about living with CF, his proudest achievement and what extreme challenge is in store for him next.

Hi Josh, what do you think you are you best known for?

I guess it’s for lifting one million kilograms in 22 hours 10 minutes and breaking the Guinness World Record back in October 2018. That’s lifting about 700kg a minute! I started the challenge with a stress fracture in my hand. The task became unbearably painful from about the 3rd hour into the challenge. However my incredible team kept me motivated and your mindset just takes over from the pain you are experiencing. Every hour was dedicated to a child in the world living with CF. Seeing a photograph of the child’s face kept my focus and determination to keep going. I could barely walk for three days after the challenge. It took my body a week to fully recover.

What does your typical day in the life of Josh look like?

I get up in the morning and start my day with a balanced breakfast. I have to eat quite a lot throughout the day to keep my energy levels up. Leading up to a new challenge I train 3 to 4 hours each day, either in the morning or in the afternoon. Being a motivational speaker, I travel a lot, all over the country. My life is pretty full on. Unfortunately I can’t run or cycle at present due to an injury. Instead I swim daily or do condition training at the gym.

Why did you set up the CF-warriors?

My brother and I came up with the idea in 2017 and we set up CF Warriors in 2018. When I grew up there were no role models for CF. I wanted to reach out and help change the lives of others living with CF. We started to create events to raise awareness with 100% of the donations going directly to CF Warriors. This enables the charity to reach out to children with CF all over the world and their families. I also encourage them with video messages to exercise. Our youngest members are only 1 and 2 years old and I work closely with their families. We are currently in the process of creating exercise videos to keep motivating all our CF Warriors.

How does CF affect your training schedule and your day-to-day life?

I have found that exercise is the one and only thing that help my CF. To be honest, I don’t know any different and can’t imagine a life without daily exercise. In 1989 Dr Bob Kramer advised my parents that I should “start running my legs off”, and if I couldn’t run any more, force me to run that little bit longer. Exercise is a great way to clear the mucus and makes breathing more comfortable, so my dad really pushed me. Dr Kramer became a trusted family friend. When I turned 30, he came to the UK to watch me do a 24 hour challenge. We celebrated our joint birthdays after the challenge.

How has the PainPod helped you so far?

The PainPod has been indispensable to me and has become part of my weekly routine. I mainly use the PainPod for the recovery process after a training session. For years I had been suffering with a painful shoulder. After using the Painpod for about 20 minutes on my shoulder, for the first time in years, I was pain free. I often use the PainPod at night time before going to bed. It has become a routine that also helps me to wind down.

What has been your proudest achievement?

My proudest achievement is most definitely being awarded an OBE This was never on my list of achievements as I don’t need recognition for what I do. I had no idea someone had put me forward and when the letter came in the post informing me I was being awarded an OBE, I must admit I did get emotional. It’s a pretty special feeling to be recognised by the Queen for what you do.

What’s next for you?

I have a new 5-day challenge coming up on the 7th of October this year. I will be swimming the English Channel first, followed by a 200 mile cycle ride from Dover to Twickenham. I will finish this challenge with a 160 mile run. Of course, I am doing this challenge for CF Warriors. I am extremely grateful for every donation because it will continue to help me raise awareness and money for CF.

The link to the Just Giving page is: www.justgiving.com/fundraising/3nations5days

The PainPod is available to purchase on our website